3 Steps How To Build Wealth From Nothing 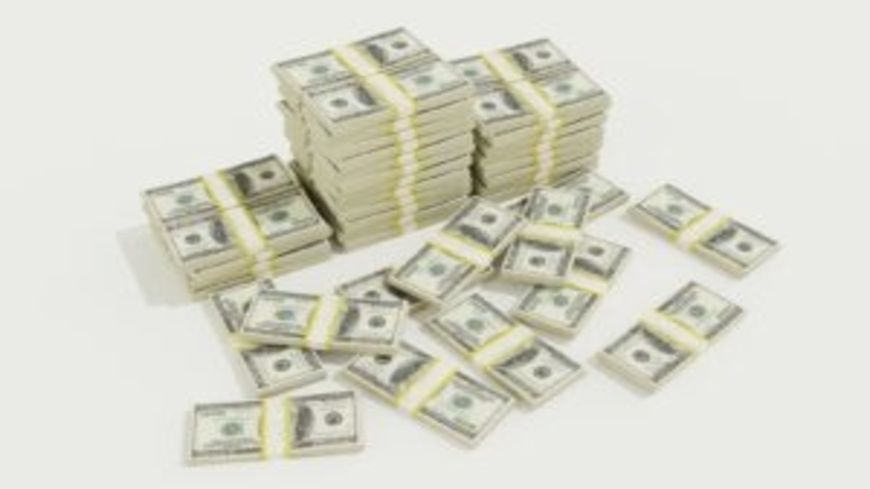 How To Build Wealth From Nothing

If you’re like most doctors or other healthcare professionals, starting out practicing with a negative net worth is more common than not. While your friends began working in their 20’s, you couldn’t start until much later due to a lengthy training schedule well into your 30’s or 40’s. I remember when I was in this exact situation trying to figure how I was going to catch up with my peers. How to build wealth from nothing is something that many of us unfortunately don’t think much about until it’s too late.

Let’s do something about it today…

I’m a big fan of author David Bach and enjoyed his interview (video above), on Lewis Howe’s “The School Of Greatness”podcast.

He’s best known for books such as:

As a financial coach, it can sometimes be tough trying to motivate someone that either doesn’t make much money or is a spendthrift to save money. I was excited to hear that David had written a new book, The Latte Factor, which I immediately ordered and read in about two hours.

To inspire my kids to start earning money, I made them a deal. If they’d The Latte Factor over the summer and write a 2-4 page summary, good ole dad will pay them $50. I’ll let you know how that works out.

All of Bach’s books are easy reads and repeat the same concepts using different formats to get the points across. His new book is unlike any of his others in that his Three Secrets To Financial Freedom are told in the form of a parable.

A Simple Path To Wealth

My friend over at Wealthy Docreferenced one of my favorite books by JL Collins, A Simple Path To Wealth, to teach us how to build wealth from nothing.

Mr. Collins defined wealth has having security and freedom by using only three steps:

1) Spend Less Than You Earn

Building wealth has to start somewhere. Depending on which books or blogs you read, you’re likely to get a mixed bag of answers. Both JL Collins and The Wealthy Doc say that spending less than you earn should be numero uno.

Others such as David Bach, recommend that you pay yourself first. I think BOTH are great but let’s a step back and discuss what we should do BEFORE either one of these.

Todd Tresidder over at The Financial Mentor, recommends we should first become deeply motivated via internal goals. He says that you want to be driven by these internal goals deeper than just the external trappings of wealth which include:

Todd states, “You want a cause that will bring transformation to your life and drive you deep enough to overcome all the obstacles that stand between you and financial freedom.

There’s two ways that can help anyone spend less than they earn:

As a doctor, 2 above is the easy part. Most have trouble with 1, becoming more frugal. I get it, going from broke during training to a nice paycheck tends to loosen the reins on spending.

Setting goals gets our minds going in the right direction. Then taking action on those goals will help be the surefire win when it comes to spending less than we earn.

You’ll never get ahead

Here’s the deal. I don’t care HOW MUCH money you make, if you don’t learn to live on less than you earn, you will never get ahead. Just like any other change/habit, the longer you practice it, the easier it’s going to get moving forward.

Here’s 4 steps to help you spend less than you earn:

This is one of the main points The Latte Factor stresses. Actually, it’s where the title of the book comes from. We all have “latte factors” or small expenses that we overlook each day that if invested, could eventually lead to massive amounts of wealth.

Knowing where your money goes makes it easier to scale back which frees up extra cash to pay down debt or save money.

One of the main reasons people don’t budget is because they think it’s too hard. Once you figure out where your money is going each month, setting up a budget is easy.

Dave Ramsey provides several Free Budgeting Forms on his site. They allow you to input both your recurring expenses and variables costs such as food, gas, entertainment to make the process simple.

The Latte Factor is a story about a mid-twenties woman who meets an older barista that eventually helps her down the road to financial success. He points out several of her daily small expenses that can be avoided such as going out to lunch or ordering lattes. Simply bringing lunch to work and drinking water or office coffee is a quick way to cut back for anyone.

An emergency fund is one area that will help you avoid spending MORE than you earn. How? It acts as a cushion to take care of life’s unexpected expenses so you don’t have to go into further debt or even worse, dip into your 401(k).

If you haven’t started one, Dave Ramsey suggests saving $1,000. He recommends this low amount due to it being an “easy” win for most people. I also think it has to do with the fact that CNN statedover 40% of Americans can’t cover a $400 emergency. Yikes!

For most doctors, saving $1,000 shouldn’t be that difficult. Shoot for initially saving $3,000 – $5,000 instead. Once your consumer debt-free, then finish funding it with 3-6 months of living expenses. You’ll feel much better when “Murphy” comes knocking on your door.

Your emergency fund gives you the freedom to move on to the next step.

Once you get to the point that you’re spending less than you earn, you should realize a surplus of funds each month. Collins recommends that we get to the point where we’re saving 50% of our income.

This maybe a bit high for most, but it’s certainly attainable once debt-free status is reached. I loved how he took the topic of investing, which some people think is complicated, and made it simple to the point that he encourages DIY investing.

How do bonds differ from stocks?

When you buy stock, you’re buying a part ownership in a company. When you buy bonds, you’re loaning money to a company or government agency.

The VTSAX stock fund holds virtually every publicly traded company in the U.S. (over 3,600). Collins recommends we buy a bond fund to provide a deflation hedge.

How to think about money

Collins and author Jonathan Clements also wants us to change the way we think about money.

It’s for this reason he tends to be a bit more aggressive suggesting a portfolio of 100% stocks (VTSAX) in our wealth accumulation stage, i.e. our working years.

On the other hand, David Bach doesn’t get too much into investing specifics, but wants us to focus more on paying ourselves first and make our investing automatic. This is typically done through an employer-sponsored retirement plan such as a 401(k).

If I could sum up in one sentence the main point I’m trying to get across in this article, it’s this Proverb that defines what it means to live a stealth wealth life:

Too many doctors feel the pressure to keep up with the Joneses but guess what? The Joneses are broke!

Heck, even billionaires such as Warren Buffett and Mark Cuban agree why we should avoid debt at all costs.

Here’s what a CNBC article stated after interviewing them regarding debt:

If legendary investor Warren Buffett could give one piece of advice to young people, “it would be just to don’t get in debt,” he told a 14-year-old shareholder at the Berkshire Hathaway annual meeting.

“It’s very tempting to spend more than you earn, it’s very understandable,” he said. “But it’s not a good idea.”

And if you’re deep in the red, it may be a good idea to “never look at a credit card the rest of [your] life,” Buffett added.

Billionaire entrepreneur Mark Cuban agrees that you should avoid debt if you can. The best investment anyone can make, he says, is “paying off your credit cards. Paying off whatever debt you have.”

The single most dangerous obstacle to building wealth

JL Collins states that DEBT is the single most dangerous obstacle to building wealth.

Unfortunately in the US, debt is promoted and embraced as the norm.

As of this writing, Americans carry a total debt burden of 15 Trillion dollars:

Too bad most people (including our government) don’t consider this a problem.

One of the reasons I started this

...
Login or Register to view article.
Jeffrey Anzalone
Financial Coach
Dr.Jeffrey Anazalone is a doctor by profession, a financial coach & blogger who has completed his training from the Dave Ramsey Master Training Program. He aims at helping doctors and white-collar professionals did not make the same financial mistakes that he has made with his blogs and articles.
MORE ARTICLES View All