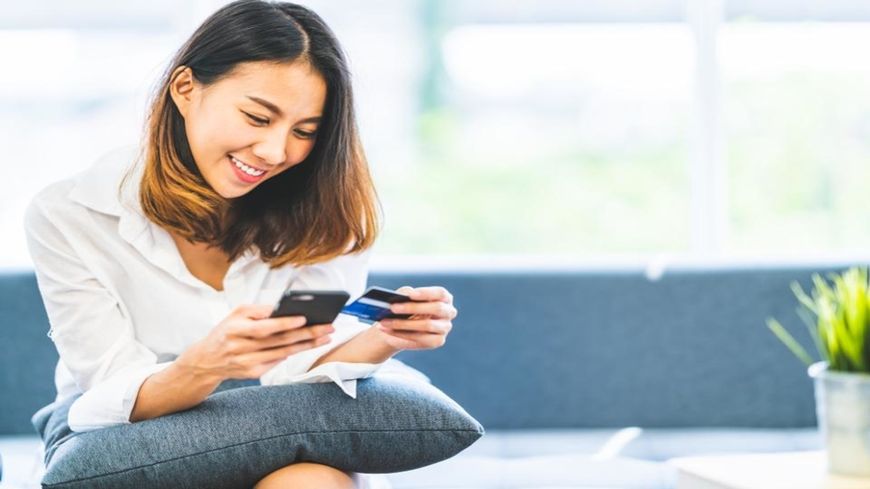 When I was an 18-year-old, back in 2007, the only thing I knew about money besides the fact that I had very little of it, was that it was important to have solid credit.

I didn't have a large extended family or anyone to rely on to co-sign an apartment or loan agreement, so I was in a rush to get excellent credit as soon as possible.

Establishing credit early is important, but starting to save and invest for retirement is more important.

Shortly after I turned 18, I went out and applied for my first credit card. It was a Chase Freedom card, which at the time was targeted to young adults. My initial credit limit was $300, and I was elated. I remember holding it in my hands and hardly believing I had a credit card with my own name on it.

Growing up in poverty, I was afraid to use it because I didn’t want to owe someone money I couldn’t afford to repay. I used it sparingly for that reason.

Reflecting on my early days with a credit card, I now realize that I did everything perfectly to build phenomenal credit. I still have that original Chase Freedom account open and my credit limit is now $10,000. You can see the details below.

Even though I worked so hard to build solid credit and now boast a credit score over 800, I now realize I would have been better off by focusing on a few other things instead.

For example, as a 22-year-old recent college graduate, I had one of the strongest credit profiles of anyone I knew. Yet when I started working I didn't know what a 401(k) or an IRA was. Both would have been much more valuable to me now than a strong credit score. Unfortunately, it's hard to make up for lost time with retirement accounts like Roth IRAs.

Your Ability To Make Smart Purchases Is Critical

When I graduated from college I started paying for my own phone bill. I remember proudly calling AT&T to transfer my account to my own name and leaving my family plan.

I felt like I was being responsible by paying my own bill and being an independent adult. The problem was I didn't compare prices or find the best deal. I simply kept the same account out of convenience.

Today there are tons of alternatives so that you no longer need to pay for the most expensive phone plans. Companies like Mint Mobile make it easier than ever to get comparable service for less.

You should do this for all of your purchases, especially recurring charges. It's now easier than ever to compare prices using sites. For example, those that wear contact lenses can use ContactsCompare.com to find which online retailer has your brand for the lowest price. It's an easy way to pay less for contact lenses.

I Don't Care Who You Are, You Still Need A Budget

There's a widely held view that you don't need a budget unless you have a spending problem or live paycheck to paycheck. But it's just not true. Having and using a monthly budget is critical and easily much more important than having stellar credit.

When I worked at J.P. Morgan as an analyst on Wall Street, I interacted with the financial managers at some of the largest companies in the world. They all had one thing in common: they used a budget to manage their company's expenses.

A budget helps you prioritize how you want to spend your hard earned money. It doesn't matter if you are earning $50,000 or $500,000 annually, you still need to control how that money is spent.

Focus On Doing An Awesome Job At Work

You might have the best financial intentions in the world, but if you don’t have cash coming in through the door, it'll be impossible to save and invest. Unless you expect an inheritance or another windfall, your career will provide you with the best source of income.

For many people, working hard to stand out and climb the corporate ladder will be the key to their retirement. What are you doing to stand out at work?

If you do a really good job at work you will have the leverage to seek a raise and be taken seriously. Make sure you focus on building strong professional relationships as well. The saying goes that in business, who you know is more important than what you know, and I tend to agree with that view.

When push comes to shove, a credit score isn’t going to feed your family. Some of you may be thinking that the credit card points you earn are valuable and can be redeemed for cash, but don't forget what you had to do to earn them. Spend money. A lot of it.

If you do want to get those credit card points, just remember that the best credit cards often require strong credit in order to qualify for them. Thankfully the underlying habits to establish good credit can also help you make positive financial decisions.

After A Certain Point, Your Credit Score Doesn’t Matter

A lot of people say that they want to get a perfect credit score of 850, but few actually achieve it. The good news is that you don't actually need a score of 850 to be seen by lenders and banks as having perfect credit. In fact, a score of 760 and above is often enough to qualify you for the lowest rates and best lending terms.

For most people your credit score matters most on one single day, and that’s when you get a mortgage. Mortgages are often so large in size, that a lower interest rate can save you a lot of money. Otherwise, it’s not that big of a deal.

This isn’t to say that credit scores don’t matter at all and that you should trash your credit. But if you are struggling financially, there's several things you should be focused on instead.

Camilo Maldonado
Writer
Camilo Maldonado is Co-Founder of The Finance Twins, a personal finance site showing you how to budget, invest, bank, save & refinance your student loans. He also runs Contacts Compare.
MORE ARTICLES View All