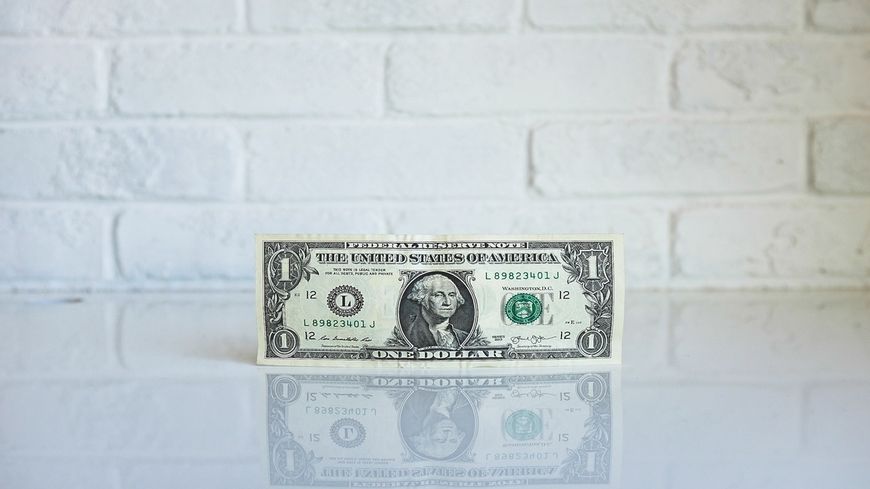 “Success is neither magical nor mysterious. Success is the natural consequence of consistently applying the basic fundamentals.” -Jim Rohn

One morning at my old corporate job, I remember walking to the elevator with my nose firmly lodged in Thomas Stanley’s The Millionaire Next Door.

A coworker of mine tapped me on the shoulder, and asked me what I was reading. I showed him it was a personal finance book.

“Is that for school or something?” he asked quizzically.

He stepped back, impressed. “Wow,” he chuckled. “You don’t really see people doing that.”

After reading thousands of pages from over a dozen of the most popular finance books available, I began to realize something.

Most of the principles for building massive wealth were the same.

Even though the recipe for building wealth has been the same for thousands of years, most people still won’t pay attention.

(**Disclaimer: I’m not what you might call financially “rich.” I’m not the expert like these authors. I’m just the guy who became obsessed with personal finance after watching my family lose the house, the cars, and the business to bankruptcy.)

Here are the 7 books I’ll be referencing, in no particular order.

1. The Millionaire Next Door: The Surprising Secrets of America’s Wealthy by Thomas Stanley

3. The Science of Getting Rich by Wallace Wattles

4. The Richest Man in Babylon by George Clason

5. The Total Money Makeover: A Proven Plan for Financial Fitness by Dave Ramsey

6. I Will Teach You To Be Rich by Ramit Sethi

It’s not easy, to be sure. Many people will never become “rich,” even if they try their entire life.

But if you follow the fundamentals — the same foundational financial values that have been used by nearly every supremely-wealthy individual in history — you are likely to build great wealth.

1. Anybody Can Become Incredibly Wealthy, Because Wealth is a Mindset.

“I am a rich man. And rich men don’t do that.” -Robert Kiyosaki

Like many now-wealthy individuals, Robert Kiyosaki from the Rich Dad Poor Dad books once found himself completely broke. In addition, his failed nylon wallet business had left him over $1 million dollars in debt.

Yet he still proclaimed he was a rich man. “I am a rich man!” he declared to his wife with baffling confidence.

He knew he could throw up his hands and give up on ever building wealth again. But he didn’t.

Despite the big “zero” in his bank account, his mindset of wealth remained stronger than ever. He has since gone on to amass hundreds of millions of dollars through his Rich Dad Poor Dad curriculum.

Building massive wealth rarely happens unless you have a firm belief that you can do it.

This is the entire premise of books like Think and Grow Rich and The Science of Getting Rich. Building massive wealth starts from the mindset that you can succeed in doing so; if you do not believe you can, you almost certainly won’t.

Of course, simply believing you’ll be rich won’t make it so. But it’s nearly impossible to build massive wealth without believing you can.

Said author James Allen, “As a man thinks, so he is.” Bruce Lee echoed this sentiment: “What you habitually think largely determines what you ultimately become. One will never get any more than he thinks he can get.”

When building wealth, you are likely to receive what you believe you will.

“No one is ready for a thing, until he believes he can acquire it. The state of mind must be BELIEF, not mere hope or wish.” -Napoleon Hill

Great news — an inner belief that you will build massive wealth is something anyone can cultivate.

Developing this identity (“I am rich”) might be extremely difficult for individuals who grew up with “scarcity” mindsets in literal poverty.

But developing an “abundance” mindset that firmly believes you will succeed no matter what is a prerequisite for building massive wealth in nearly every case.

One of the main differences between rich and poor/middle class people is their perspective on wealth. The rich see massive wealth as inevitable. In their mind, success is assured.

Most people don’t truly believe they’ll ever build massive wealth. With that attitude, they probably won’t.

Building massive wealth starts with your mindset. If you believe you can get rich, you’re far more likely to succeed than someone who doesn’t really believe it.

2. If You Follow Traditional Advice, You’ll Probably Never Be Rich.

“You must walk to the beat of a different drummer. The same beat that the wealthy hear. If the beat sounds normal, evacuate the dance floor immediately! The goal is to not be normal, because as my radio listeners know, normal is broke.” -Dave Ramsey

This was one of the most eye-opening paradigm shifts I had in all my reading.

This principle was especially apparent in The Richest Man in Babylon, The Millionaire Next Door, and The Total Money Makeover. The wisest financial instructors all seem to be in accord:

Don’t listen to the majority.

That’s because the majority of people aren’t wealthy. Most people are broke, in debt, and have poor financial behaviors. Most people overspend, don’t save, don’t invest, and don’t develop their financial intelligence.

Why on earth would you ever follow their advice?

“One of the reasons that millionaires are economically successful is that they think differently.” -Thomas Stanley

Think of the most common financial advice you’ve heard over the years. It probably includes recommendations like:

But according to the world’s most influential financial books, this advice is usually bogus.

Traditional advice is actually what prevents people from attaining great wealth. The ideas are usually based on risk-avoidance and fear. They’re too small. Archaic. Outdated.

One of the most common characteristics of massively wealth individuals is that they typically go against the tide of mainstream financial behavior.

Irving Kahn, a 109-year old hugely successful investor once quipped, “I would recommend that private investors tune out the prevailing views they hear on the radio, television and the internet. They are not helpful.”

Warren Buffet agrees. “A good investor has the opposite temperament to that prevailing in the market.”

While everyone is panicking, the wealthy are taking advantage. Ramit Sethi once said, “Fear is no excuse to do nothing with your money. When others are scared, there are bargains to be found.”

In fact, wealthy people’s behavior is commonly considered risky, impulsive, or even dangerous by the majority. Yet, they’re the ones with the fortune, not us.

In short: if you want to build massive wealth, don’t listen to traditional advice.

3. Make Your Money Work For You.

“Savings without a mission is garbage. Your money needs to work for you, not lie around you.” -Dave Ramsey

Most people will only ever work for money. They don’t know how to make money work for them.

The Richest Man in Babylon explains that every “gold coin” (or dollar) is like a worker. That worker has the ability to magically produce more workers, if you know how. One worker/dollar could potentially develop hundreds of more “workers” for you.

Every dollar is like a little seed that can grow and sprout more dollars. This is the essence of having “money work for you.”

This picture really struck me. That meant for every fast food meal I bought, I was giving away 4 or 5 little “workers” that could never make money for me again. Same for buying coffee and other doodads.

Furthermore, even if I put my money “safe in the bank,” I was actually wasting my money’s potential. Ramit Sethi wisely points out, “Because of inflation, you’re actually losing money every day your money is sitting in a bank account.”

Every dollar I wasn’t “planting” was a waste of a seed that might eventually blossom into a massive money tree. Why would I throw away my seeds?

I became reluctant to throw away my seeds and instead learn how to plant them to reap the benefits.

This is the entire premise of passive income and investing. Most people will never know the glee of waking up in the morning to discover they’ve made hundreds or thousands of dollars from passive income while they were sleeping.

In this sense, the man who earns $2,000/month entirely from passive income is more enviable than the man who makes $10,000/month in job income.

The first man still has all his time left to build more passive income. The second man, while earning more job income, must spend most of his days working for it. He is limited by the physical boundaries of his energy and by time itself.

“The rich get richer by continually reinvesting asset profits back into assets.”

...
Login or Register to view article.
Anthony Moore
Writer
Anthony had published 2 eBooks and have started a podcast about craft beer, as well as graduated with a Master’s degree in Psychology. He writes about self-improvement and personal growth at Medium.com.
MORE ARTICLES View All