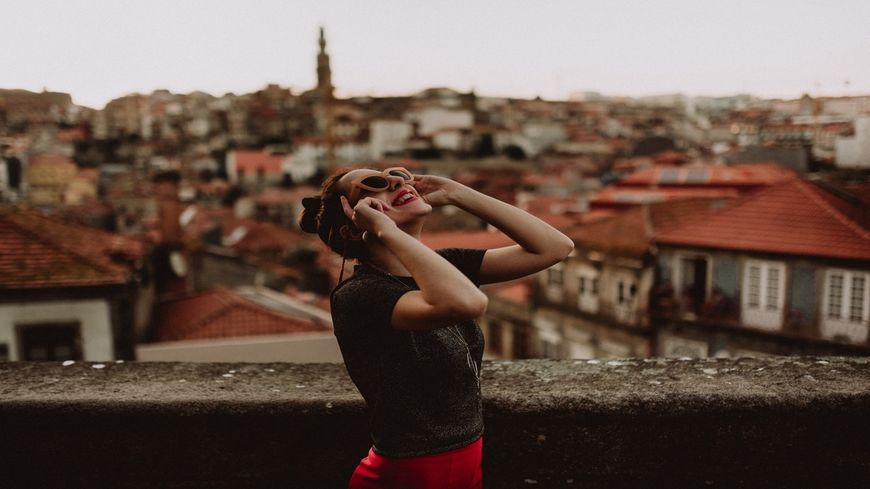 Walking the path between stability and uncertainty after college

I am 23-years-old. It’s been just over a year and a half since I graduated from college.

I’ve spent the previous 14 months in Asia, traveling and writing, attempting to stave off the all-too-common disquietude that plagues us after university ends.

No matter the path that each of my friends either seized or fell into, rampant uncertainty was the default outlook on life. Even with a secure job and salary, I found myself echoing the very same questions as my graduating peers.

Most college graduates, including myself today, face uncertainty following graduation: a foreboding, chaotic array of unknown obstacles, opportunities, and missteps.

Such is the reality of being a college graduate: all the perks of a 21st-century, overpriced education strapped to an weighty sense of precariousness (not to mention those endemic student loans).

These uncertainties take up space in our head. They can instill a paralyzing fear and impotence to action.

This trepidation isn’t unwarranted of course. The future is necessarily an unknown landscape, but one nonetheless full of potential. The worry stems from the notion that this potential, however exciting, can skew in the wrong direction — that it could point downward rather than skyward in trajectory.

Moving forward across an indeterminate domain is an onus that rests upon the shoulders of all college-grads. Yet this shouldn’t provide the motivation or rationale to aim for security and risk-aversion.

There is an overarching dichotomy between the paths following graduation: overwhelming uncertainty contrasts with suffocating security.

Feelings of disquietude following college don’t go away with the guarantee of a job or housing or income — sometimes these prove even more inflammatory than a period of limbo or unemployment.

Too much security can feel restrictive, like a room without an exit that gets smaller and smaller around you. A comfortable, stable position earned immediately after graduation can leave one wondering about opportunities they may be abandoning.

Is this what my life will remain as — forever? Is there more than this?

Paychecks can roll in and financial worries may diminish, but these do not always mitigate worry. While these inklings of hyper-secure placements differ from the disorienting feeling of uncertainty, they create obstacles of their own.

At 21-, 22-, 23-years-old, nobody wants to feel trapped. While being entirely unsure of a direction can feel mentally taxing, being bound at the wrists and ankles to a career or path is no cakewalk either.

Defined boundaries and a career path that is projected forward in decades rather than months or years may sound appealing to those looking in from the outside, though from the inside it can feel anything but liberating.

These stretches of preordained, predestined predictability don’t immediately invite happiness. Often, they could prove unsatisfactory, and leave one yearning for adventure. At the very least, too much security can leave a young person feeling as if their youth has been swiped away like a rug from underfoot, and this ambivalence may remain forever.

The question at hand is how can we navigate these tides, and which way should we drift towards?

Our answer may lie in how we frame risk.

As people age, they become more and more risk-averse. Security becomes not only more practical but necessary. People sign on for mortgages and start families. Spouses and children come into play. This is integral to the transition between the adventure of youth to the wisdom of aging.

As we get older, we experience more instances of loss and gain. Our memory gives us the ability to reflect and learn from these instances. We learn to better protect what is in hand rather than pursuing paths less guaranteed.

The lesson that is drawn from the wisdom of our parents and other adults is to tilt towards being risk-averse. The adults in our lives (hopefully) speak from experience and lifetimes of trial and error.

Risk-averse advice stalks us all through college too. We pick majors that project good job markets, and we commit to extracurriculars to build our CV’s to land these “good jobs.”

Risk-aversion keeps us safe, secure, and stable. These become increasingly important factors as we move through our 20s and into adulthood.

But aiming to be risk-averse immediately following graduation may be premature. It could lead to a lifetime of over-compensation for the risks you didn’t take as a young adult. Regret leaves deeper scars from the chances we don’t take as opposed to the ones we do.

Taking risks is part of being young — risk, youth, and uncertainty are together inextricable, given the untapped potential of paths not yet taken.

Drifting 100%, in a single direction to either maximal security or ambivalence would be impertinent, though it seems that leaning towards ambivalence following college is more natural and leaves more opportunities on the table.

While too much risk can cause confusion and leave you feeling adrift, avoiding it in the name of stability leaves more room for regret once you leave your early 20s.

Immediate risk-averse tendencies and habits following college is not an antidote to the existential crisis of graduation. It can mitigate uncertainty, yet this remains a suspect trade-off for pre-destination.

To reiterate, the two primary categories of paths after college can be described as such: vagueness, variability, and doubt; and certainty, restriction, and guarantee.

Each of our individual choices will put us on a course that tilts towards one or the other.

Different paths work differently for different people. A blanket statement for all college-graduates simply would fail to hit the mark.

Nonetheless, it seems to me that the the chapter following graduation is exactly the time in life to take more risks rather than less, to take a leap of faith rather than to stay put.

Risk-aversion will set in more and more as we age and accrue responsibilities. Starting our adult lives with high risk-aversion (in order to aim for high security and stability) seems to make the very notion of being young negligible.

What’s the point of being young if risks are minimized, adventure is stifled, and stability is the norm?

But then again, my hypothesis may not work for everyone. After a great deal of traveling post-graduation, I can honestly say I am happy with how things have turned out.

I learned more from seeing Hong Kong, Taiwan, Philippines, Thailand, and Singapore than I could have taking a job in the city where I went to college. I learned how to adapt and how to bridge cultural gaps.

Every single day abroad instilled new levels of independence and confidence. I expanded my personal network across continents and time zones.

After I graduated from college, I leaned toward uncertainty, not stability, and have a wealth of disparate experiences to draw from. I am wiser because of it and have innumerable unique, real-world experiences under my belt.

Aiming for an adventure worked out for me and many others who I’ve known that did the same. The flip-side works too, but it seems allow more room for regret to fester.

“There is freedom waiting for you, On the breezes of the sky, And you ask “What if I fall?” Oh but my darling, What if you fly?”

Let’s change the narrative. See what happens when you let go of your vision of security. Stop prioritizing risk-aversion. Start stopping, now.

See you out there.

Phil Rosen
Writer
Phil is an editor, columnist, and travel writer. He was born and raised in California. He loves traveling, learning new languages, reading books and writing down his new experiences from his travels.
MORE ARTICLES View All