Four Powerful Steps That Will Boost Your Career During This Pandemic 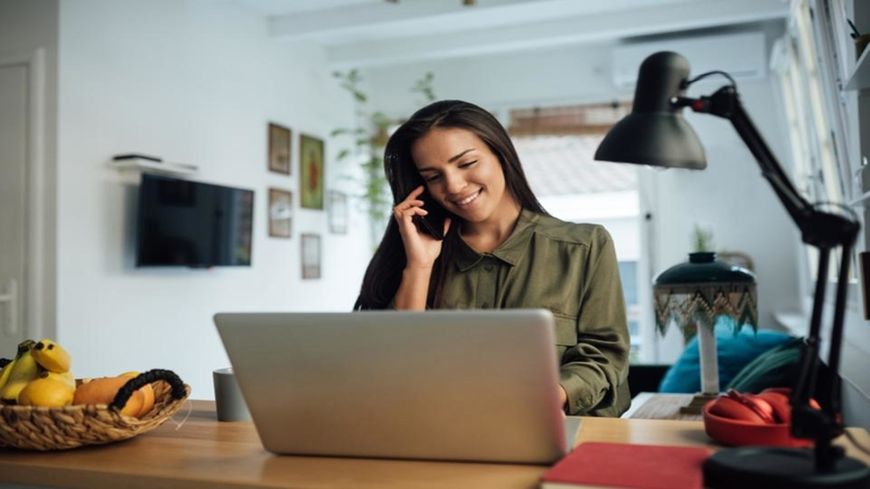 During these past four months, I’ve heard from many more professionals than usual on LinkedIn and privately—particularly those who have decided to use this unprecedented time to rethink their lives and careers. For so many, what was intolerable in their work before has become more glaringly so, and the hopes and dreams they had for their lives are now even more pressing. In fact, according to my recent Power Gap survey, 76% of the close to 1,000 women around the globe who completed the survey indicated that they’ve lost sight of their thrilling dream for their future, and 25% feel this is the most pressing of all the power gaps. Many are finally ready to do something about it.

During this time, when millions no longer have to physically commute and have extra time available to them, people have decided that now’s the time to take action and change what isn't working in their careers. And I’ve seen this phenomenon occur every time there's a major crisis in the world. It happened to me and so many others after the tragedies of 9/11, where suddenly we realized that so much that we've taken for granted simply cannot be counted on. And we’ve seen that life is much more precarious than when recognized before the crisis, which bring with it a sense of urgency and agency.

Personally speaking, after a brutal layoff in the days following 9/11, I finally left my 18-year corporate career to go out on my own, and became a marriage and family therapist, and later, a career coach and writer. It was the powerful catalyst I needed to pursue a new career that aligned much more closely with who I am and what I care most about in the world.

What people begin to see in times like these is that no job or career is truly "safe and secure." The only constant is change. Once that dawns on us, it often motivates us to take the reins on our lives and careers and finally pursue that new job, career or field, or get on the path to starting that new venture we've been dreaming about for years, because we see that there truly is no time like the present.

But during these uncertain times, and always, we need to be very strategic and intentional in our efforts if we want to land plum roles or claim new opportunities that will be a great fit with our values, needs and desires.

Here are four key steps you can take starting today (yes, even during this pandemic) to make the most of this time and make the changes you want in your job and career:

Stop focusing only on applying online

First and foremost, it's important to understand that more than 80% of jobs are NOT achieved through applying online and 70% of jobs aren’t even publicly listed. If we are engaging only in applying online and sending out our resumes, we're missing the boat completely. It's effective and powerful networking that is what is needed now, and that includes numerous ways of "bringing yourself to market" and also connecting with mentors, sponsors and "ambassadors" who can open key doors for us that we can't open on our own.

Summer—and during these months of the pandemic—is a critical time to cultivate those relationships. Job seekers need to overcome what I've seen is a key "power gap" of Isolating From Influential Support (Gap #4 of the 7 most damaging power gaps that professional women face today), and start taking more empowered action to build these support relationships.

Get in the right room, finally

My friend and colleague Judy Robinett, author of How To Be a Power Connector and Crack The Funding Code, shared with me that women are so often “in the wrong room” in their networking, meaning that they stay stuck associating with people at their same level but fail to reach higher and connect with people of influence who can make things happen for us that we can’t achieve on our own. Women are often networking at the wrong level for their goals.

In her book Forget a Mentor, Find a Sponsor and her research, Sylvia Ann Hewlett revealed that women on average have three times as many mentors as

...
Login or Register to view article.
Kathy Caprino
Career & Leadership Coach
Kathy Caprino, M.A. is an internationally-recognized career and leadership coach, writer, speaker and educator dedicated to the advancement of women in business. She is the host of the podast Finding Brave, a Senior Forbes contributor, and the author of the new book The Most Powerful You:7 Bravery-Boosting Paths to Career Bliss.)
MORE ARTICLES View All