How Studying Abroad Makes You A Better Leader 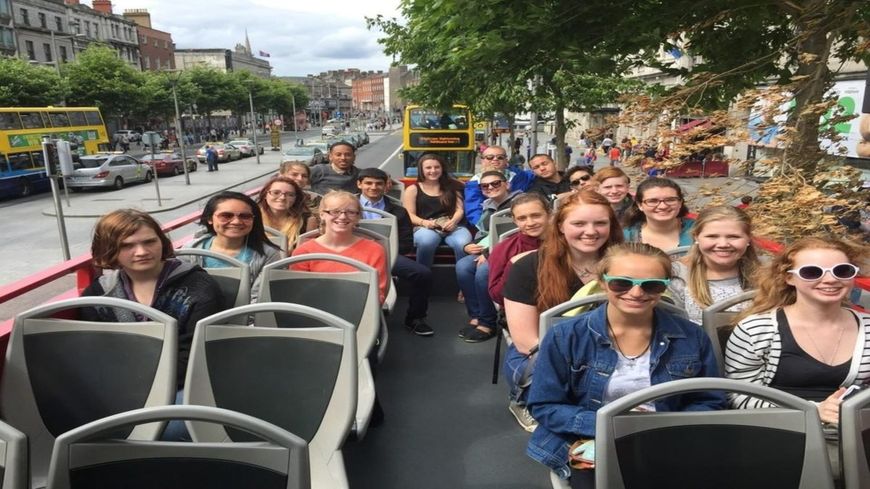 Once upon a time, doing business abroad was unique: Berlitz and others published books on business etiquette for those venturing across the ocean, language books enabling you to order in a restaurant or to get you through a social encounter. And once upon a time, that was enough.

But American leaders are not global. The Egon Zehnder report shows just 7.2% of companies had foreign directors (up from 6.6% in 2008), and 14.1% had directors with foreign work experience (up from 8% in 2008). The opportunities for lost business are ubiquitous - one of the biggest being the attempted take-over some 25 years ago of Honeywell by then GE CEO Jack Welch, which was finally thwarted at the EU level. Welch failed to “charm” European bureaucrats. GE immediately dispatched one of its most senior French executives to Brussels to set up an EU-oriented office.

One way to conquer this shortfall is to address it early, by studying and living abroad. Yes, I'm talking about sending your kids overseas.

"Studying and living abroad is a must,” says Alain Benichou, president of the American Chamber of Commerce in France and vice president of Strategy and Solutions at IBM in Paris. “Not just to acquire language skill, but in order to become truly bi-cultural. In a global economy even if the business is done with less boundaries the culture remains local.”

This is more than just knowing how to shake hands or which fork to use.

It is an adventure in self-discovery in which many American students do not participate. Sometimes it’s because of sports commitments – football, for example, requires students to stay on campus. Or it’s social reasons, not wanting to leave friends behind, or school programs such a pre-med that are not conducive to leaving the country. But often, the reasons for not studying abroad are more simple. “Just 10% of students study abroad, and many don’t even have passports,” points out Maritheresa Frain, excutive vice president of Study Abroad Programs at Council on International Educational Exchange, a Portland, Maine-headquartered non-profit, non-governmental tuition-supported organization created following World War II to promote understanding among countries through student travel abroad. Originally called “Council for Student Travel,” CIEE offers hundreds of study abroad programs through a network of some 350 accredited educational institutions to U.S. students age 16 and older.

...
Login or Register to view article.
Shellie Karabell
Writer
Shellie have spent more than four decades as an international broadcast journalist covering most major international new events since 1980 throughout Western and Eastern Europe and the Middle East for outlets such as ABC News, PBS, AP Broadcast, and CNBC. She has held bureau chief and correspondent positions in New York, Washington, Los Angeles, London, Koln, Moscow and Paris, and have interviewed major political and business leaders throughout the world. From 2009-2013.
MORE ARTICLES View All