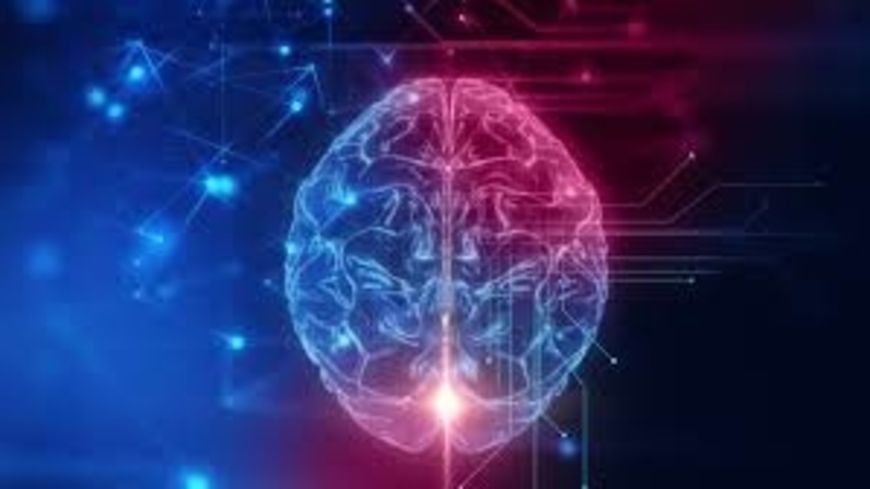 We human beings are called the crown of creation because of our brain. Yet for far too many people, the brain does not seem to crown their lives with health, wealth, and love. Quite the contrary, it seems to malfunction in self-defeating patterns of stress, anxiety and depression. We now know that this means the brain’s fear center (the amygdala) is taking charge of our experience reducing us to fight or flight stress reactions that dump toxic stress hormones into our system.

Chronic stress means the stress response system is turned on nearly full time and a build-up of stress hormones:

Chronic stress and the depression it leads to produces a brain scan that looks like this.

This leads to the second fact to keep in mind, which is if we have a problem with stress, it is not necessarily our fault, but it is our responsibility to change and science says we can. Fifty percent (50%) of what causes a predisposition to stress is an up-regulating stress gene you inherited which was probably reinforced by your family of origin, wiring your brain for a hyperactive stress response system. This is going to drag your mind and your day into self-defeating bouts of anxiety, engendering a nebulous sense of threat when none exists.

The change that makes the biggest difference is a change of mindset. It accounts for 40% of whether you live a life of stress or the good life. And there is growing evidence that a shift to the positive can down-regulate the stress gene, placing you fully in charge of your quality of life.

Fact #3: Everything is Mindset

Your brain takes its direction from your state of mind. So, here is the third fact to consider: Everything for a human being is mindset. This is a conclusion reached by some of our best scientists. And, there are only two mindsets you need to understand.

One mindset is negative generating an inner experience of contraction that feels like the walls are closing in on you. It is built on the fearful thinking that makes you believe you are a victim of circumstances. The stress hormones that a negative mindset produce shrinks higher brain networks.

The other mindset is positive, generating an inner experience of expansion that makes you feel like the sky is the limit. It is built on inner peace, love and optimism and makes you believe you are larger than circumstances. A positive mindset not only amplifies higher brain function, it also stimulates the growth of new connections within the higher brain to increase your potential to reach even greater heights.

This leads to the fourth fact, which is that stress is psychological fear and peace is neurological power. To say it another way: Success is inner peace, succeeding is letting go of fear. This basic shift in mindsets promotes neural integration, which produces a brain scan that looks like New York City lit up at night.

The fifth and final fact to remember is, as far as I am concerned, the best news of all. The daily mindful practice that generates the change that changes everything is quite simple adding little to your to-do list. It is about learning to function from an empowering to-be list. And better still, brain change occurs faster than you might imagine, in as little as 4 weeks with practice.

Don Joseph Goewey
Aurthor
Don Joseph Goewey is a managing partner of ProAttitude, a human performance firm with the mission of elevating the experience of work. Don is also the author of the bestseller The End of Stress ~ Four Steps to Rewiring Your Brain.
MORE ARTICLES View All