The Link Between Sleep and Job Performance 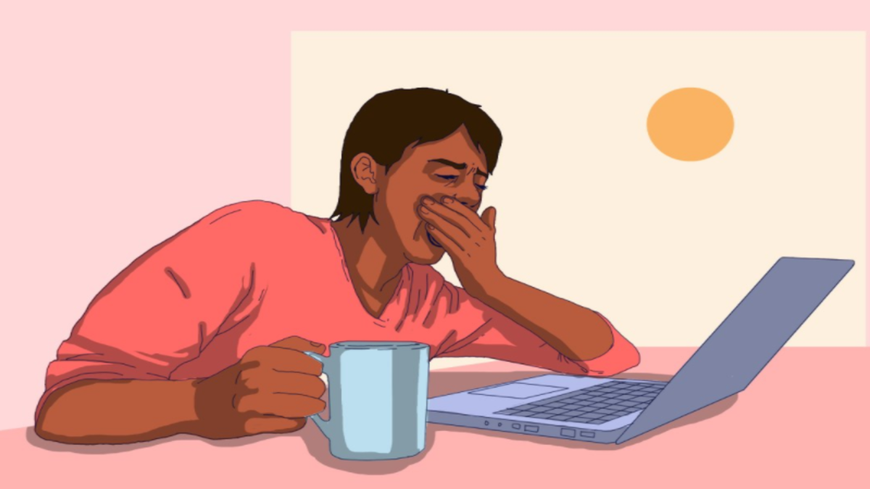 Americans spend a lot of time at work. In addition to a workday that averages 9.5 hours, the 2008 Sleep in America Poll found that Americans are spending more than four extra hours working from home each week. Unfortunately, more work often equals less sleep. This same survey found that respondents’ sleep time was reduced by an hour and a half during workdays, compared to their sleep on non-work days.

While work schedules and stress can affect sleep, the opposite is true as well. If you’ve ever nodded off at your desk or during an important meeting, you know that sleep loss can have a detrimental impact on work performance. Sleep deprivation can leave you feeling tired, less creative, and make it more difficult to stay focused on important projects.

Sacrificing sleep for work, then working more to make up for lost productivity can become an exhausting cycle. Fortunately, understanding the links between sleep and job performance can empower people with the knowledge needed to end this pattern. Creating a boundary between work and home life can be challenging in the beginning, but it’s an important step towards both better sleep and more consistent job performance.

How Can Sleep Affect Work?

Sleep supports nearly every system in the body1. When we fall asleep, our eyes close, our breathing slows, and our muscles gradually relax. Neurons in the brain switch to a sleeping state2, beginning the innumerable biological processes that refresh our body and mind. The rejuvenation provided by sleep is vital for our cardiovascular and immune systems, as well as our ability to think clearly, learn new information, and manage our emotions.

It’s no secret that Americans are chronically underslept. While the National Sleep Foundation3 recommends that most adults need around 7 to 9 hours of sleep, almost one-third of Americans get less than 6 hours of sleep each night according to the Centers for Disease Control (CDC)4. This fatigue inevitably bleeds into the workplace and a 2007 study of U.S. workers5 found that almost 38% of employees experienced fatigue while at work during the previous two weeks.

Trying to work while underslept can significantly impact job performance. Without enough sleep, processes throughout the body work suboptimally. Neurons in the brain become overworked, impairing thinking, slowing physical reactions, and leaving people feeling emotionally drained. These short-term side effects of sleep deprivation can wreak havoc on a day’s work. Chronic sleep deprivation can have even more drastic consequences, including an increased risk of obesity, heart disease, cognitive decline, and dementia.

The Effects of Sleep Loss

Sleep loss can make it more challenging to maintain focus, attention, and vigilance6. Feeling drowsy and trying to stay awake takes a lot of mental energy, making it more difficult to stay focused on long tasks and those that require concentration. This decrease in focus may be related to the impact of microsleeps7, which are momentary (0.5 to 15 second) episodes of non-responsiveness that cause lapses in attention.

People who are sleep deprived are also more likely to make errors and omissions8, partially due to increased reaction times9. This means that tired employees take more time to react in critical situations and may be more likely to make a mistake. In some professions, impaired reaction times may mean missing an important phone call or not responding quickly in conversation. In other professions- like doctors, first responders, and truck drivers- slow reaction times can be the difference between life and death.

Working while underslept can leave people feeling more irritable, angry, and vulnerable to stress10. In stressful or

...
Login or Register to view article.
SleepFoundation.org
Company
SleepFoundation works under the premise that sleep is the third pillar of health alongside nutrition and exercise and worthy of as much attention, study, and effort. At SleepFoundation.org you’ll find valuable health information and tools to get the sleep you need and deserve.
MORE ARTICLES View All